Solo gets an unwelcome young companion (Kurt Russell), a ten year old who wants Solo to marry his widowed mother, in his efforts to find the source of a deadly chemical that killed an entire Scottish village. In a race to find the source with General Yokura (Leonard Strong), Solo eventually uses a ring on the finger of a statue to pinpoint a cave where the deadly chemical has leaked from, but has to use his wits to escape when he is trapped there by Yokura and his men. 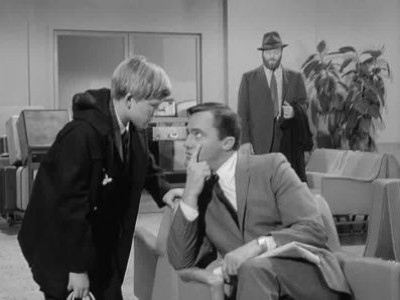