Frankie's parents, Pat and Tag, invite the Hecks to spend a few days at their house to celebrate Thanksgiving together. But the festivities begin to fall apart quickly when Frankie's sister, Janet, and her family also join in, and soon the siblings are at each other's throats over their widely differing parenting techniques. Meanwhile, Mike tries to offer some advice to Axl on how to pick up girls when he witnesses his son trying to impress a pretty mini-mart cashier - and fails miserably; Brick attempts to prove his innocence when he is accused by Janet of damaging her daughter's expensive toy; and Sue is stoked when Frankie, Pat and Janet invite her to take part in their gossip sessions. 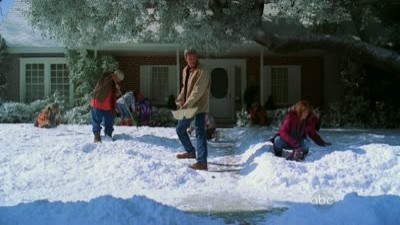