After Frankie and Mike are forced to return the church van when it's discovered that their car has been repaired, Sue - who has been driving the other car - begins to freak out because she'll have to start taking the bus again. But when her parents tell her that she could get her own car if she got a job, Sue ends up working as a potato girl at a local mall eatery. Meanwhile, Frankie and Mike are called into Brick's principal's office and are informed that he has not attended any of his classes - and much to the family's dismay, Axl begins to spend his nights back home when he becomes fed up with having to deal with his horrible college roommate. 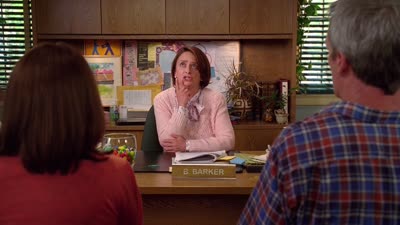