Ellenor defends a 'slow' teenager accused of killing a younger boy. A witness comes forward claiming to have information exonerating her client, but Ellenor suspects he's lying. Helen calls in a police officer when his son is under suspicion in a homicide. Representing the accused, Bobby argues the officer was acting as an agent of the court, not a father. 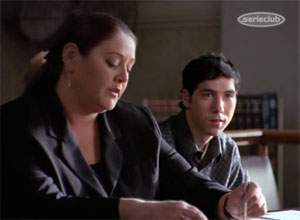