Rebecca faces what could be the greatest challenge of her career when she attempts to uncover why her doctor's husband, an Arab, was detained by federal agents without any explanation. After encountering a series of impenetrable legal roadblocks, she learns a difficult truth: ""Inter arma silent leges â€¦ in war law is silent."" Meanwhile, Eugene's court-appointed client forces him to use the race card. 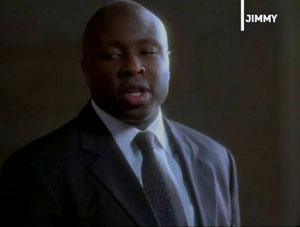