Fly on the Wall

Fowler receives a letter from the BBC, who then come and make a fly on the wall documentary about Gasforth Police Station. Unfortunately, Grim convinces the officers, sans Fowler, that they are all going to become international television stars, prompting them all to undergo many changes to look "nice for the telly" and end up making fools of themselves in front of the cameramen until a farmer enters the station with a gun. 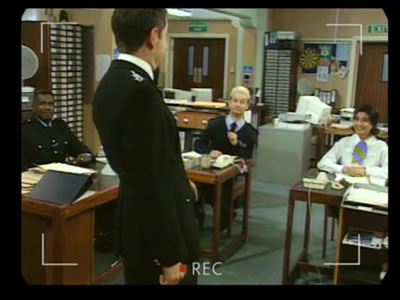