Vitor Belfort's team has six spots in the four upcoming tourney semifinal matches, while Wanderlei Silva's squad has but one. The final spot will be defined in this episode, a no-brainer matchup between the final two fighters left to compete. It's Team Wanderlei's Delson Heleno vs. Team Vitor's Sergio Moraes in a middleweight fight. 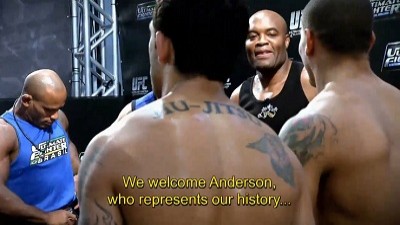