New Jersey, the night of April 16, 1931. Waxey Gordon, the undisputed beer baron of New York, is muscling in on New Jersey, which is run by Frankie Dunn, ""Bugs"" Donovan and Roger Weiden. Waxey is waging a gang war to eliminate rival gangsters for control of the Jersey beer market. Waxey and his boys smash into a brewery owned and run by Frankie Dunn; they blast with their choppers until the large beer vats, Frankie and his workers are filled with holes. Next day, John Carvell, U.S. Attorney for the southern district of New York, sends for Ness and his men. Ness and Lee Hobson drop in at Waxey's live theatre, where beautiful showgirl Flo Ingalls is doing her act in a sequined one-piece swimsuit. Later, Ness and Hobson go to Waxey's office to arrest him, but Flo (still in costume) provides his alibi, saying she was with Waxey all last night. April 18, in a private office at the swank Nest nightclub, there is a council of war: ""Bugs"" Donovan is convinced the N.Y. Syndicate is behind 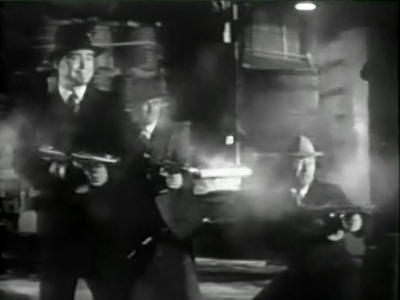