New York, April 1931. Gangster Larry Fay, a former student of Al Capone, has his greasy fists firmly in the milk racket: he's organized milk companies into a monopoly. The price of milk was 10 cents a quart* (this was during the Depression when many people made 30 cents an hour); he increases the price 3 cents a quart-- with 2 cents going directly into Larry Fay's pockets. Stores that don't comply are wrecked, or have a hand grenade lobbed through the front window; milk companies get their milk trucks machine-gunned. Fay's partners in crime are Carl D. Arnold and nervous Fred Stegler. And so Eliot Ness and his Untouchables go on assignment to New York. When Wayne Owens, who owns a small but successful milk company, won't cooperate, Larry Fay and his hitman Frankie toss him into an elevator shaft-- from 10 stories up. Ness is on the case. Larry owns a swanky nightclub, the El Fay, and the entertainer is Sally Kansas, the toast of New York. Ness talks to Sally; she has no hard fe 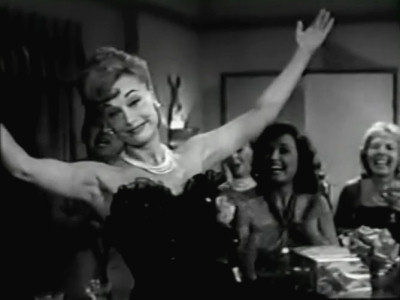