Al meets a guy named Spike, who has a ""secret club"". Spike tells Al he might be able to be a member, and asks to come to his house to make sure he is cool enough. Spike tricks Al into doing a lot of stupid things, such as tearing off a pants leg, and dipping his arms in hot melted chocolate. Later on, a guy named Seymour comes over, who is in the club. Seymour sees how stupid Al looks, and doesn't get into the club. Spike tricked Al into acting like a jerk in front of everybody. 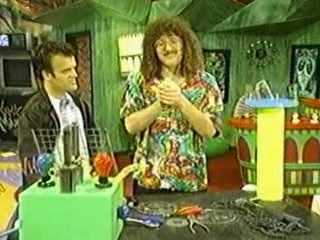