Mulder puts the future of the X-Files in jeopardy when he heads to a UFO crash site being rapidly covered up by the military. He is arrested, and while in jail he meets Max Fenig, a UFO nut whose NICAP group has followed Mulder's work on the X-Files. When Mulder is released, Scully urges him to return to Washington to face his superiors and try to save his job, but Mulder finds out that Max is more than meets the eye and ignores Scully to try and save him instead. 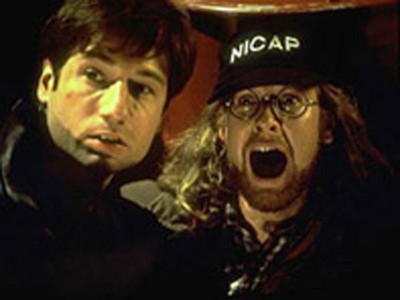