Jeremiah Smith and Mulder are on the run from the alien bounty hunter, and Smith takes Mulder to a small farm tended to by identical sets of children, and all the girls are clones of his sister when she was still a child. Mulder prepares to take Jeremiah and one of the clones to see his mother in the hospital, but the bounty hunter catches up with them. Meanwhile, the Syndicate suspects that they have a traitor in their midst and plan a trap which results in X being executed by the Cigarette-Smoking Man. 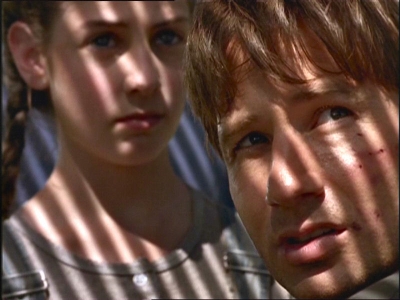