CAPSULE: Hope suffers a miscarriage just as Michael and Elliot begin work for Miles Drentell at DAA. Elliot and Michael are in Miles Drentell's office interviewing for jobs at DAA. While they are there Michael gets a phone call from Hope at her obstetrician's office: the doctor has done an ultrasound and it shows a case of fetal demise. Hope acts stoic about it. Later Elliot calls with good news--they got the jobs, with offices and great pay. Mike tells him about the miscarriage. Michael is reluctant to go in to DAA for his first day but Hope insists that he does. Mike and Elliot meet a fellow creative team, Angel Wasserman and Hollis Amato, who seem to be playing with the guys' heads a bit. In fact, they been assigned to the same account as Michael and Elliot, the Spingeri automobile. Michael returns home to Hope, who is glad to see him. The phone rings, and it's Elliot with some work, which secretly disappoints Hope. Hope talks with Val about working for Synergy. Val encourages her t 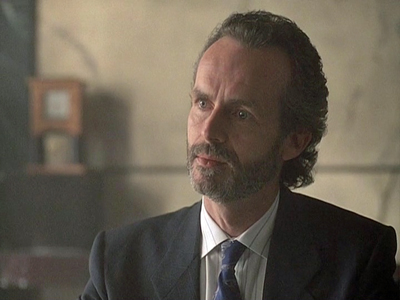