CAPSULE: Michael crosses swords with the creative director at DAA. Hope gets more involved with her environmental project. At DAA, Michael and Elliot attend a ""war council"" on Minnesota Brands, a huge potential account who they've convinced to give their agency a try. DAA's creative director, Carl Draconis, doesn't even give them credit for this in a meeting about the account, however. Michael has a flashback to 1968. He tells his father he's running for vice-president at school. His father wonders why he isn't running for president instead. Back in the present, Michael comes up with a bold marketing strategy for Oh My Pies, a product of Minnesota Brands which has not been selling well. Draconis coldly shoots his idea down. But privately, Miles tells Michael to stay directly accessible to Minnesota Brands on this project. Meanwhile Hope is getting more involved in the anti-incinerator campaign, planning for a big meeting and finding office space for John Dunaway and his organization. M 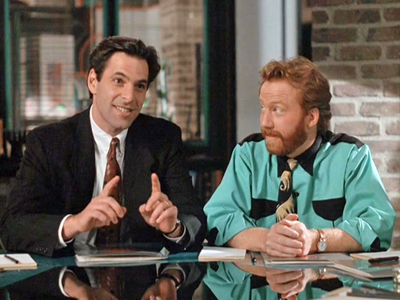