As the uproar increases, Wayne whisks Zack off to the jail to protect him from the frenzied crowd and to ask him some questions. Unfortunately Zack's answers are less than satisfactory and not entirely forthcoming. He is, quite simply, a drifter, and as such he has no way of backing up who he is or where he comes from. He does admit to being at the school on the day of the explosion, but he won't say why he was there. There is already talk of putting him on trial. Monica is dismayed, and sets to work getting Zack the best representation she can, i.e. Mike and Gloria. They are both certain that there is no case against Zack, and that even if it goes to trail, they should have no trouble getting a change of venue. They are both, however, wrong. The prosecuting attorney, Jones, is tough as nails and as twisted as a screw. He is also, according to Monica, the devil. Not onyl does he succeed in bringing the case to trial, but he also eloquently rebuffs all of the defense team's m 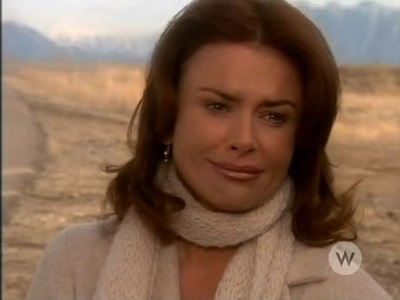