Gargantua, Hazuki and Lilith all argue over Jill/Hatsumi/Eve, who stops their bickering. She consents to Tamamonomae returning the Hat to her head and disappears back to the Great Library as a result. It seems that in most of the worlds where she has been her disappearance has not left any major problems — except for the three who have been pursuing her across worlds. She then tries to set things right. Gargantua finally realizes that it is Ritsuko that he loves rather than Jill. He rescues her from her cell and reshapes his world into a bright and cheerful one where he and Ritsuko, who seem to have been made immortal by the Door of Eve, can live together happily ever after. 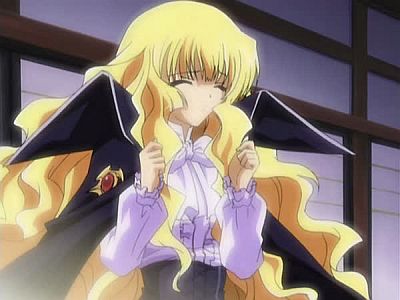