One Wedding and Val's Funeral

Vallery is hired by King Soltan of Ardina to be the royal matchmaker for his son the prince. But when the prince orders some pizzas and the pizza girl just happens to speak Ardineese Tasha becomes suspicious. And she has a right to be, it turns out she's actually a stone cold killer. When Val tries to tell the prince he has his servant try to kill her but she escapes and saves the king from Alex, the stone cold killer. The prince planned to overthrow the king to take his place. 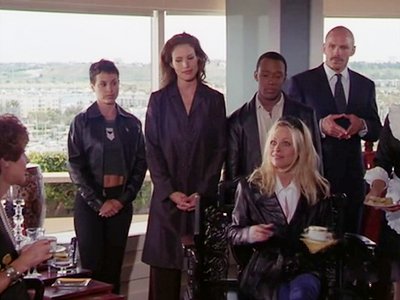