Diamonds Are a Val's Best Friend

Val is hired to guard the star of Neptune, a 50-carat diamond. But it gets stolen while under her watch. The thief turns out to be Nikki's cousin Gino. When Mr. Parcigian, the guy who paid them to protect the diamond finds out it was stolen he gives them 24 hours to retrieve it or he'll sue them. When Nikki's grandfather, a big wig in the mob, thinks he's getting the real thing from Gino finds but finds out he's got a fake he gives V.I.P. 24 hours to get him the real diamond or he'll kill Val. Tasha finds out that Gino is hiding the real diamond inside Protocon. Now V.I.P. and the mob team up to get it back. After they get it back and are about to escape Gino arrives with some old army buddies and demands they give it back. The diamond was in the limo and Nikki just rigged an explosive device on the passenger side door, so as Gino goes to get it they start to run and Gino sees them trying to escape and goes after them. Just then the limo explodes with the diamond inside. But Nikki had 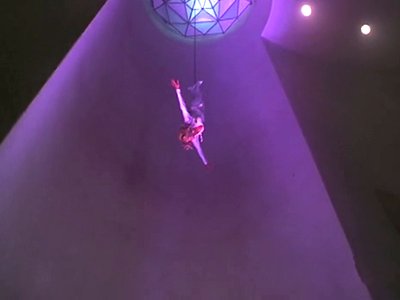