In one last ditch effort at glory, having lost most of their best men in military actions, Japan employs suicide pilots--the Kamikaze--men who would willingly crash their planes into ships in order to destroy the American spirit. But the U.S. Navy and Marines are ready for them with their guns, and they fought heroically against the onslaught. And on Okinawa, Americans fight a major battle with the Japanese Army. 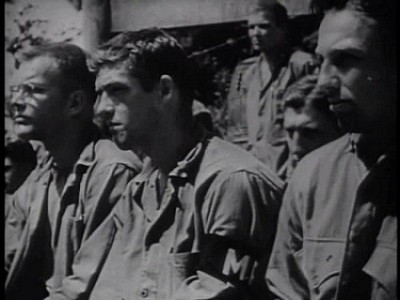