Giles Lane and Ben Potts safely return to the MV Steve Irwin. The crew then discovers that an unknown ship, allegedly spying for the Japanese whaling fleet, has been following them, decides to recon it from behind a tabletop iceberg for any military personnel aboard, and temporarily drives it away after seeing no sign of illegal military activity. The crew later plans to ambush the mystery ship, soon identified as the Fukuyoshi № 68, to prevent information about the Steve Irwin's whereabouts from being given to the rest of the whaling fleet. They plan to do this by boarding the vessel and sabotaging its communication equipment, shutting off any communication with anyone. Before the mission, a hydraulic crane used to launch the motor rafts somehow got damaged, jeopardizing the Sea Shepherd's mission. 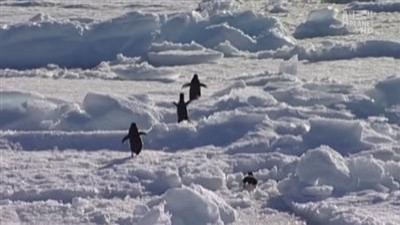