While the brother's house is being fumigated,Brian is forced to stay with Fay,because Joe refuses to let him stay with him at Helen's.As Brian soon learns it's not that bad staying with Fay,that is until he thinks it's her being featured on the "Most Wanted" show he is watching. Fay makes Brian a "Farewell" dinner,and an anxious forces Joe and Helen to attend as well.But that still doesn't stop Fay from knocking out both brother's accidentally with a frozen leg of lamb,she had planned to cook for dinner the next night. 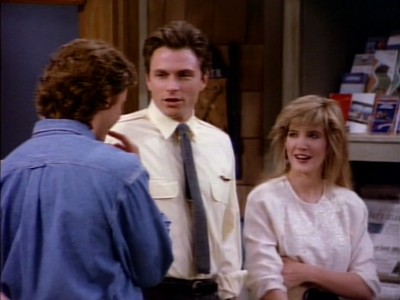