WWE's war with WCW is taken to the extreme after ECW gets involved. While WWE Champion "Stone Cold" Steve Austin campaigns to lead Team WWE at Invasion, The Rattlesnake convinces Kurt Angle to challenge Booker T for his WCW Championship. Plus, The Undertaker battles Diamond Dallas Page in a Street Fight, Chris Jericho in action, and more. 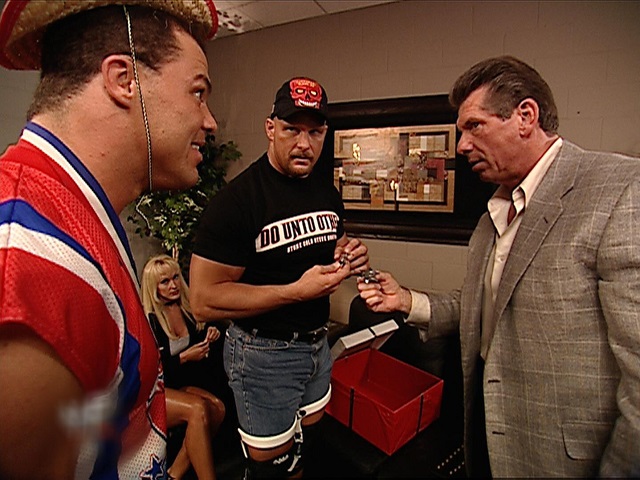