Following Co-Owner Ric Flair's refusal to sell his half of WWE back to Mr. McMahon on SmackDown, The Chairman reveals when he will inject the New World Order into his company. In effort to save her marriage, Stephanie McMahon-Helmsley makes a special announcement. Plus, "Stone Cold" Steve Austin & The Rock face The Undertaker & Chris Jericho. 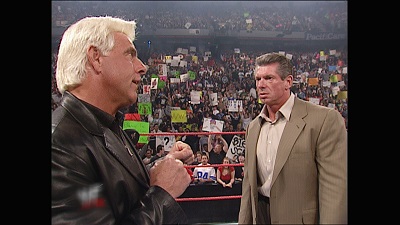