After being forced to join The Nexus, John Cena looks to cause chaos when he & Michael Tarver take on Evan Bourne & Mark Henry. However, Cena's attempts are rendered futile by the Anonymous RAW General Manager. Plus, a 20-Man Battle Royal to determine a new No. 1 Contender for the WWE Championship, Johnny Knoxville serves as Guest Host, and more. 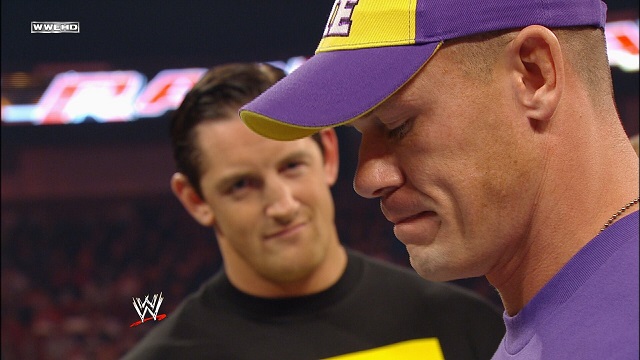