Brother from Another Mother

Liam experiences some symptoms of post-traumatic stress disorder while preparing to testify against Ashley, while Annie is furious when Naomi tracks down their half-brother Mark, a chef who owns a gourmet food truck. Wolfgang Puck has a cameo role as a celebrity judge in a cooking competition. Silver is overbearing with her surrogate Michaela, whom Dixon discovers has an amazing singing voice. 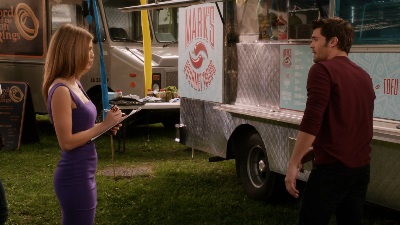