As Ichigo gets lost while shooting a vlog, she discovers an underground studio where another idol is in training. Later, it is revealed Ran is to participate in a Sensational Student Audition against Hikari Minowa, who she has never been able to beat before. As Ichigo and Ran discover the underground studio again later that day, they find Hikari is the one using it to rehearse for her web concerts. As the girls visit Ran's room, they learn about how she was given some rare cards from a brand designer she admired. As Ran and Hikari compete together in the final audition, they end up reaching a tie, deciding to settle the score another time. Afterwards, Ran decides to train Ichigo and Aoi for a special group audition. 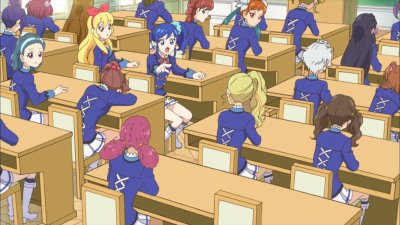