The Season of Sakura

As a new school year arrives and Ichigo and the others move up a year, the now second year students are assigned to help mentor the new freshmen. Ichigo is assigned to a freshman named Sakura Kitaoji, whose grandfather helped train Mizuki. However, her twin brother, Sakon, doesn't approve of her enrolling in Starlight Academy and living on her own. After an awkward spat between siblings, Ichigo begins training Sakura for a freshman fashion show audition. When Ichigo feels that Sakura is worrying about something, she gets some advice from Mizuki and comes to realise that Sakura is anxious due to being apart from her brother. Realising this, Ichigo gets help from Naoto to light up a cherry blossom tree outside of Sakura's dorm, assuring her that she's never alone. After the audition, Sakon expresses his praise for how well Sakura handled things on her own. 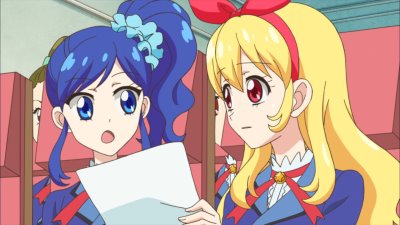