With an audition for the next Pon Pon Crepe image girl to replace Aoi coming up, Seira suggests Kii give it a go, but she states it wouldn't suit her since she's a producer. Whilst remaining curious over why Kii became a producer in the first place, Seira hears from her about how her mother helped cheer her up with her hair accessories. After seeking advice about the audition from Aoi, Seira secretly enters Kii into the audition and has her act as her own producer. As Kii becomes reluctant to do the audition, Seira gives her an Aikatsu card of the accessory her mother made for her, encouraging her to show off her cuteness. Kii manages to pass the audition and become Pon Pon Crepe's new image girl, starting her off on the path of an idol. 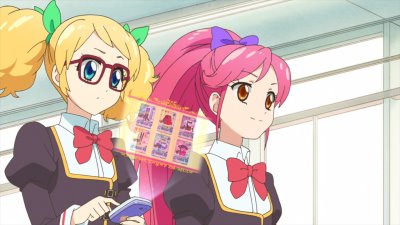