Aoi is approached about creating a TV drama to promote some new chocolates. After deciding to make the drama about a chocolate-eating detective, Aoi asks Ichigo and the others to audition alongside her, with Seira and Kii also brought in to audition. However, they find the scenario the producers have put together is more old-fashioned than what they had in mind. Meeting together with the producers, Aoi and the others manage to come up with a cuter, more chocolatey feel to the show. After pairing up into pairs of detectives and assistants, the girls undergo the audition, in which they must help Kaede locate some stolen chocolate. As the plot reaches its climax, Ichigo and Seira deduce that Kaede was actually tricking them into stealing the chocolate, which just winds up being eaten by Ichigo. At the end of the day, Seira and Kii are chosen for the roles. 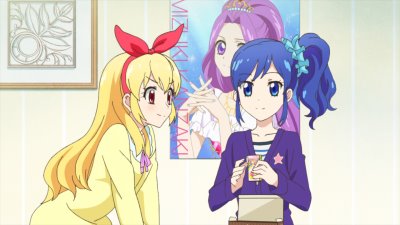