Upon beginning their lives as high school students, Ichigo, Aoi, and Ran are requested by Orihime to act as judges for an Audition Caravan scouting the country for potential new Starlight Academy idols. One girl looking forward to the audition is Akari Ozora, a die-hard Ichigo fan who had previously failed to get into Starlight Academy. As the auditions reach their final day in Starlight Academy, Akari gets nervous and messes up her introduction, but nonetheless Ichigo becomes awed by Akari's words of how she inspired her. Despite making a lot of mistakes in her dance audition, Akari gets a passing mark from Ichigo, selecting her to enroll into Starlight Academy. 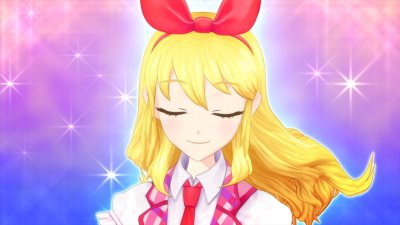