With literally truckloads of chocolate arriving from fans for Valentine's Day, Orihime announces a "Thanks, Valentine" event to show not one piece goes unappreciated, with cafeteria chef Shun Yotsuba put in charge as head patissier. Later, Akari and the others learn from some of Yotsuba's fans that he was once a male idol who retired to become a chef. Inspired by his fans' appreciation, Yotsuba decides to make a large chocolate tower, while Akari tries to think of a way to let his fans know how he is doing. At the event, where Kayako gives Hinako her Premium cards, Ichigo, who was approached by Akari the previous night, brings Yotsuba up for an interview for his fans, who feel happy that he is accomplishing his dream. 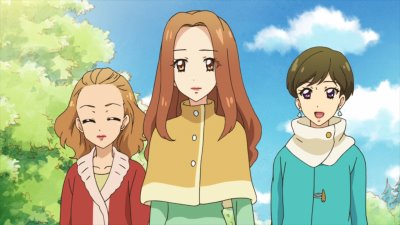