The Pursuit of Happiness

In the aftermath of his confession to Beth, JJ struggles to put their relationship back together again, but quickly realizes that it might be too little too late. Elsewhere, Meg strikes up a musical friendship with Sam as they decide to save money by sharing records - causing problems with JJ who quickly reminds his sister about the trouble she faced after her previous interactions with Sam. Meanwhile, Jack entrusts his new employee -- Nathan, the nephew of Henry with delivery duty, but later questions his decision when Nathan fails to return. Helen volunteers to baby-sit for her professor and gets to know him better while Roxanne fights for a coveted position writing the ""Backstage on Bandstand"" column for Teenzine magazine. 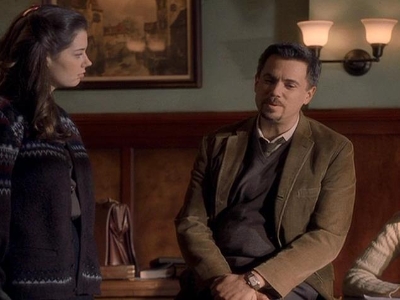