Where's The Justice In That?

Present: Rene creates a firestorm a few days before the election when she admits during a call-in radio show that she experimented with drugs during the seventies; M.E. struggles for creative control when Kelly's sixth grade teacher asks her to sanitize the adaptation of ""Port Dixie"" that M.E. has been asked to create and direct for the Fall Drama Festival; Rene catches April smoking a joint and April admits that her mother is incarcerated on a drug-related charge; after visiting April's mother in prison and hearing her story, Rene campaigns for more equitable drug offense prosecution and sentencing; M.E. does her best to support and educate Kelly during the early stages of her pregnancy; Rene loses the election. Past: M.E. and Rene decide to emulate the Vietnam War protesters they see on television by chaining themselves to Port Dixie when they learn that it's to be carted away to make room for a housing development, but Grandma Otis shows them another way that their beloved hideaway 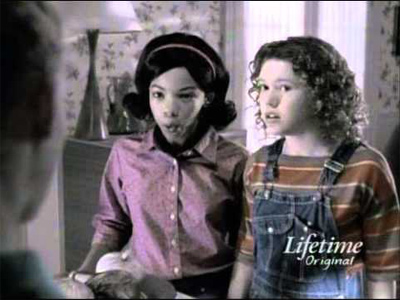