When Mitch and Stephanie are running on the beach, they see a dead man on some rocks. Garner identifies him as Tito Washburn who was once a promising basketball-player. In order to find some information about his death, Garner visits his old playground again. There he meets the old bookie Ozzie, an old friend of his. He will give Garner some information if he agrees to play some games. Garner plays and beats a tall white guy because Garner can't miss any shoots he takes. Then Garner decides to talk Mitch into playing with him. He does so and they win some games. Then they find out that Tito's wife Cookie would receive a lot of money if Tito died. They also know that a man named Trey Harris has been seen with Cookie for a while now. If they can get some of his blood to the lab, they will find out if he killed her. When Trey has fallen and started bleeding, he wipes of the blood on a towel. Stephanie takes the towel to the lab and it turns out that the blood matches. When the game is ove 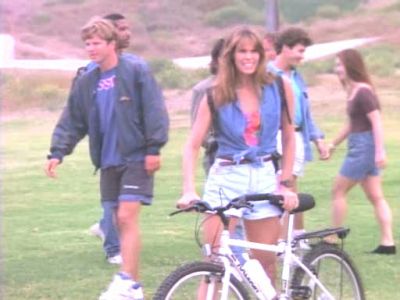