If I Had a Hammer

During an argument with Donna in the student union, David throws a tantrum and cuts his hand on a glass. He must see a psychiatrist after displaying hostile behavior toward the ER staff. Mel agrees with the doctor's recommendation that David be held 72 hours for observation. David is diagnosed with a mild form of manic depression. His mother comes to see him and advises him to moderate his behavior; he will not require medication if he seeks therapy and stops drinking. David thanks Donna for her support, and they decide to get back together. Steve faces plagiarism charges; Professor Randall, who assumed control of the independent study course after returning to C.U., recognized Brandon's writing. Randall still holds a vendetta against Brandon, and brings collusion charges against him. Kelly's and Mark's plans for a romantic weekend getaway are foiled by a lost reservation. They finally secure a motel room, only to come down with food poisoning. The gang helps Willie build a house, which his family will receive from Habitat for Humanity. Val displays construction skills as a result of working with her contractor father, but hints to Clare that she has few happy memories of her dad. Everyone eats Thanksgiving dinner inside the unfinished house. 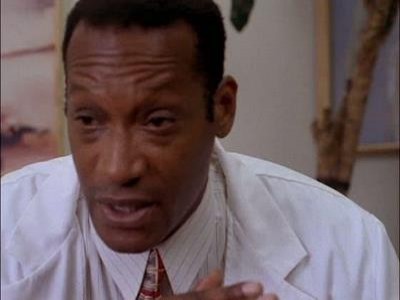