Steve elects to plead guilty, leaving his punishment to the lenient Chancellor Arnold. Brandon refuses to plead guilty to a crime he did not commit, and faces a hearing and possible expulsion. Randall tries to prove that Brandon knew the contents of Steve's paper by pointing out that he handed it to Muntz for delivery. He also claims that Brandon let Steve cheat off his quizzes in freshman sociology. Steve digs through the fraternity files and proves that he flunked every sociology quiz. Brandon is cleared, and Professor Randall faces charges for forging his grade ledger and lying at the hearing. Kelly throws a surprise birthday party for Mark, although he would rather be left alone. He hates the party even more when everyone ignores him and flocks to Brandon. Felice objects to Donna's renewed relationship with David, which she considers unhealthy. Dr. Martin advises Donna to follow her heart. Donna tries to stop David from buying into the Peach Pit After Dark. Music: 'What You Won't Do for Love' by Bobby Caldwell, 'And the Beat Goes On' by Sonny and Cher. 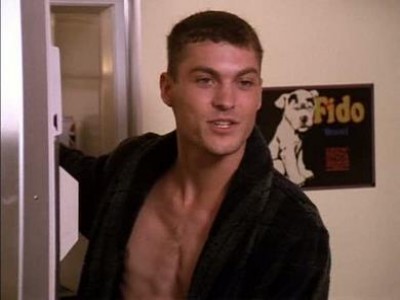