Brandon, Steve and Dick play in a 3-on-3 basketball tournament. Dick's pot smoking concerns Brandon. A wasted Dick buys some heroin at the After Dark, and Steve decides to join him. Steve finds Dick collapsed in the bathroom; he dies of an overdose. Steve makes an angry anti-drug speech after someone leaves a bong at a shrine to Dick. A pretentious magazine editor profiles Valerie, but the article is ruined when the police take David and Val in for questioning. David pressures Donna to end things with Cliff, while her mother invites Cliff to a family brunch. Donna decides to stay with David, and encourages Cliff to take a job as head of security at Disneyworld. Kelly and Clare pose as Ukrainian folk dancers during a weekend getaway. Music: ;Since I Don't Have You' by the Skyliners. 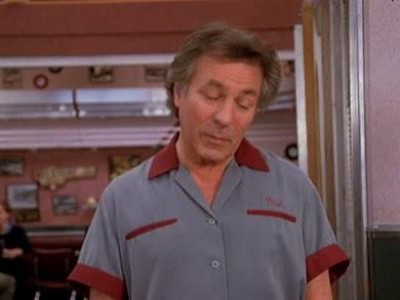