A ""sex shop"" opens in Beverly Hills. Brandon, Steve and David patronize the store, under the guise of covering the controversy for the newspaper. Brandon infuriates Kelly by defending the store and its clientele, and attending a wild bachelor party for Muntz. A misunderstanding causes David and Val to fear that they are having problems with their sex life. Steve decides that he is interested in Janet after she expresses her philosophy on free love. Donna discovers that her assistant, who has very low self-esteem, calms herself by cutting her arms with a razor. She tries to convince her to seek help. Donna asks women of normal measurements to appear in her catalog because she believes that using models would send the wrong message. Kelly is revolted when Jackie opts to get a face lift and Erin frets about calories. Music: ""Jellyhead"" by Crush 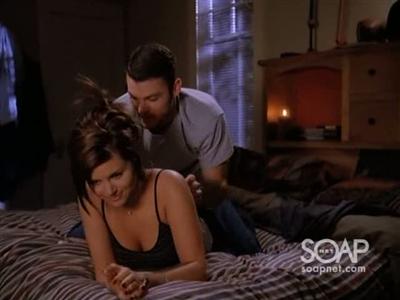