Kelly finds it impossible to trust Brandon as he works late every night for several weeks. Brandon assures Kelly that he will never leave her and suddenly asks her to marry him. They experience doubts, but decide that they are ready for a lifetime commitment. Noah entertains Gwyneth, a longtime friend. She secretly has a crush on him, and kisses him on a ferris wheel. Noah insists that he is not interested in her. David becomes extremely jumpy after being robbed at an ATM. He gets drunk, steals a gun from the After Dark's cash register, and staggers into the alley behind the club. When Noah and Gwyneth try to stop him, he shoots at a dumpster; a bullet richochets and hits Gwyneth in the arm. Donna asks Gwyneth to stay at her apartment because she doesn't trust her around Noah. Valerie learns that she is a match for a leukemia patient in need of a bone marrow transplant. The man's son urges her not to go through with the operation, as his father molested both of his daughters and may do 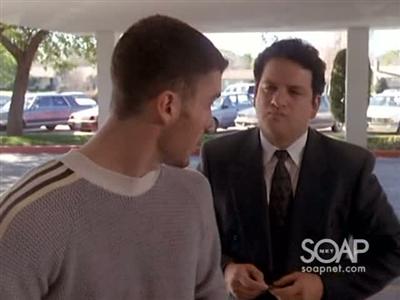