The Head in the Abutment

Bones and Booth investigate the death of a professional hockey player whose headless corpse was dumped in a river. Booth is reunited with a hockey rival from his past, putting him back on the ice. Meanwhile, Hodgins and Oliver have a competition of their own when Hodgins builds two drones and they compete to retrieve the victim's missing head. 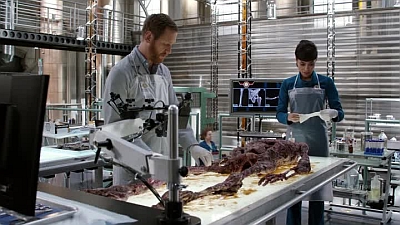