On the road to Babylon, Texas, the carnival encounters a horrific dust storm, called a 'black blizzard.' Intrigued with clues about his past, Ben follows Lodz into an abandoned house where the seer tests Ben's powers. Meanwhile, a lonely Sofie socializes with a handsome café owner. Samson visits an old flame while Jones, facing a roustabout mutiny of the carnies, comes up empty in his effort to meet with the mysterious and godly Management which controls Carnivale. In Mintern, Brother Justin struggles with an ultimatum by Reverend Norman Balthus: give up his new migrants ministry at Chin's, or face losing his old congregation at First Methodist. 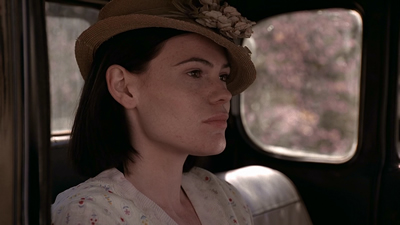