Thirsty for payback after the murder of Dora Mae Dreifuss, one of the chooch dancers, Samson and the rest of the carnies, including Stumpy Dreifuss and Rita Sue, get caught up in an obscure, but fascinating phenomenon called "Carnival Justice" to root out the person responsible. Meanwhile, Ben's dark adventure in the mine shaft ends where Lodz welcomes him back into the fold. In Mintern, Brother Justin, highly distraught over the mysterious fire that destroyed Chin's and killed six homeless children, leaves the town and wanders in the wilderness, where he meets a group of hobos around a camp fire where one of them is an undercover reporter. 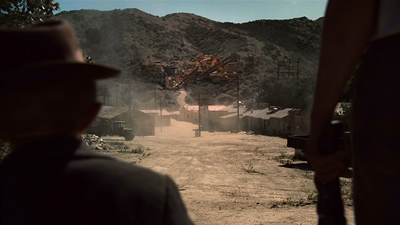