Penniless and powerless, after nearly a decade in exile from Republican England, Charles II's oldest and dearest friend, the Duke of Buckingham, abandons him and returns home to make his peace with Cromwell. But when loyal minister Sir Edward Hyde brings news of Cromwell's sudden death, the prospect of Charles regaining the Crown seems within his grasp. General Monck picks up on the nation's growing discontent and persuades Parliament to invite Charles Stuart back to take up his Throne. Charles makes his triumphant ride into London on his 30th birthday, following another victory with the longanticipated seduction of the beautiful and tantalising Barbara Villiers. With the virile Charles spawning illegitimate children, the need for a Queen and an heir becomes paramount. Barbara is confident enough of her charms not to be threatened by the arrival of the devout and mousy Catharine from Portugal, and she insists on being chief among the ladies-inwaiting. Barbara has her own agenda and 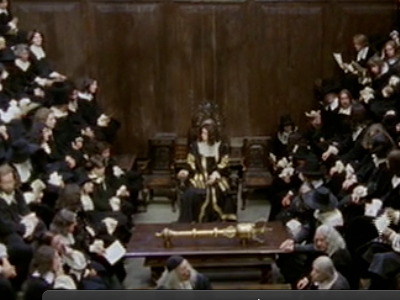