With no sign of a Royal pregnancy, the succession is a thorny issue. Charles's impetuous brother and heir to the Throne, James, Duke of York, complicates matters with his conversion to Catholicism.With the prospect of a Catholic King an anathema to the Protestant English, Barbara is busy priming Charles's eldest son, Monmouth, for greatness: he might be a bastard, but he's a Protestant bastard, When Catharine becomes pregnant, Barbara's scheming seems to have been for nothing but, tragically, the Queen miscarries. With the lack of a viable Protestant heir to the Throne, Charles is under pressure to divorce Catharine and remarry. The beautiful Lady Frances Stewart is groomed by Barbara as a potential future Queen but, just when Charles seems tempted to propose, she elopes and flees the Court. 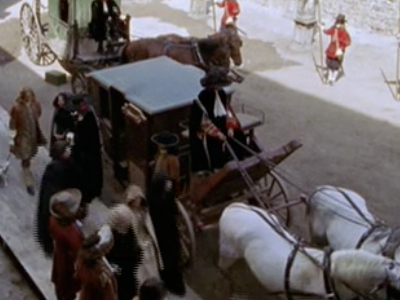