Doc, Braddock and others take refuge in a French château owned by wealthy aristocrat Count de Gontran and his lovely daughter Gabrielle. The Count wants no part of them and orders them off the property, but a large German force moves in to use the château as an artillery observation post. The Americans are taken prisoner. The Count sees a kindred spirit in the seemingly cultured commander Major Richter, but doesn't realize that Richter wants the château's treasures—including Gabrielle. 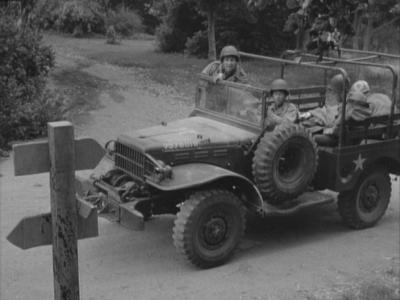