Grissom investigates when a worker at a poultry processing plant is found dead in a stun bath used to electrocute chickens before they are slaughtered. Nearby, a miniature replica of the crime scene is discovered. It's eerily similar to two other replicas left at scenes of homicides. Also, a man and a dead woman are found stuck in cement at a construction site; and an elderly Russian woman is discovered dead in her apartment with her head in a gas stove, but Warrick thinks she was murdered. 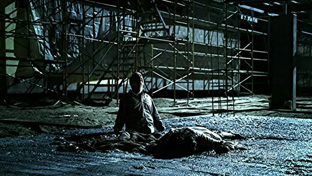