A gazebo at the Lane residence collapses, and Jane and Trent decide to have it rebuilt because of its sentimental value to their brother, Wind. Jane tries to sell her paintings at an art fair to pay for the repairs, and winds up getting hired to re-create famous paintings for a gallery. Though this becomes financially lucrative for Jane, she gets no creative stimulation from it and contemplates quitting. Meanwhile, Trent hires three slackers to fix the gazebo, and is unsuccessful in getting them to actually do any work. At the art fair, the Fashion Club let a caricaturist draw them, and are so insulted by the drawing that they plan to sue him, a mission that they are persistent at despite Helen's advice against it. Ironically, when Jane and Trent's parents come home, they say that they plan to get rid of the gazebo; and Stacy keeps the caricature drawing because, unbeknownst to anyone else, she liked the way it turned out. 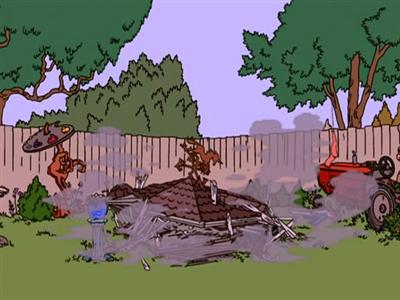