Riley and Owen play a prank on Drew by tying him to the school's flag pole. Drew does not tell anyone who it was, even though he knew, in order to have another thing over Riley, in order to get the starting quarterback. Alli makes a dance crew for the popularity. However, her plan to create her own dance crew backfires, leaving her alone. Meanwhile, Jenna looks at K.C.'s phone, fearing that he was talking to other girls, and finds out the K.C.'s mother is trying to get a hold of him, now that she is out of prison. 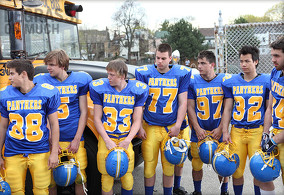