K.C.'s mother shows up, despite his attempt to avoid her. She tells him she had an apartment, and is seeking custody of him. After a talk with his social worker, he is still unconvinced she is a changed person, and searched her apartment when he's invited over. In English class Clare is assigned a work partner, Eli, who convinces her to break out of her shell, and express herself. Meanwhile, Alli asks Dave how to ask a boy out. Dave who is still crushing on Alli, thinks she is talking about him. Dave tells her to throw a party, and with her parents and Sav out, she does. 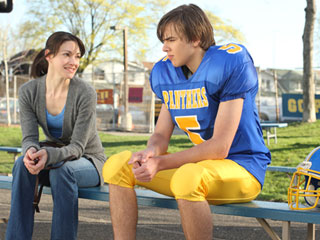