Much Ado During Nothing

A rather daring episode by contemporary network standards: When Jane breezes in to claim custody of Dharma's stuffed duck, Dharma explains to Greg that it's a trophy held by whoever has had sex in the unlikeliest place. Having actually fallen asleep during sex the night before, the couple decide to spice up their love life and search the city for a public place to have sex, since the rest of San Francisco will be too busy watching the finale of Seinfeld to notice. But Jane 'seduces' Pete (by painting his toenails and shaving his legs) into blabbing about their plans and sets out to sabotage their trophy win, and, after a few ironic twists, it is not Dharma and Greg who get arrested for having sex on the steps of City Hall, but Kitty and Edward! (Edward points out that the trophy is actually a goose, and Dharma calmly explains that goose wouldn't rhyme.) 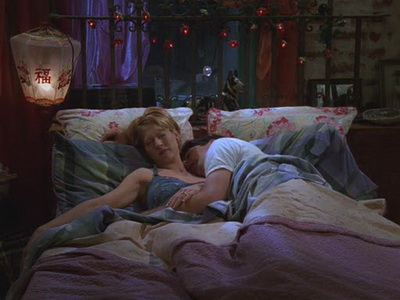